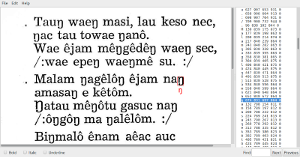 I was recently faced with the challenge of using Optical Character Recognition (OCR) to convert an old book to an editable text format. This is not difficult with English and other major languages, but the challenge comes when the document uses a minority language with a different alphabet to those recognised by OCR programs. Take the "Å" character in the image in this article - with English based OCR, "Å" can show as "n" or "g" or "u"... or another, but never as "Å" as that character does not exist in the language file. The OCR gets completely lost and the resulting text requires much editing.

The easiest solution is to find a language in the OCR program that uses these characters - Portugese is good for Ã´  and Ãª , but it is not easy to find one that also includes Å , which is extensively used in some minority languages. A better solution is to train the OCR program to recognise the new characters. The training process takes some time, but improves the results many times over.

Tesseract is one of the more accurate and adaptable OCR systems.  It is also open source and free to use.  It was originally developed by HP and more recently improved, with significant input by Google.  It can be used directly from the "command line", or with user friendly front ends.

To test the training with Tesseract, I created training data using a single scanned page from the book on which I need to run the OCR. As the training data only used this single source, we wouldn't expect perfect results with source documents that use a different font. But it worked quite well for this single case.

OCR recognises the character graphics and gets assistance by a language dictionary, if present. Its graphical recognition is only as good as the range of font types used to train the program. When training Tesseract for new characters, additional training texts, one for each font, can be generated by a word processing program. These are then combined in the training process - see the Tesseract training documentation for details.

Recognition of English and other major language texts is excellent, as good as the original image allows. This is a key point in OCR - first make sure you have good image (tiff, png, jpg, bmp, pdf), with clear text, 10 - 12px, with scan/print resolution of 300dpi.

With a good image, OCR can be near perfect. The following illustration from "gImageReader" (in Ubuntu) shows a 300dpi source image in the centre and the recognised text on the right hand side. This example used the Portugese language (without a dictionary) and the added the special characters used in the JabÃªm language, created as a result of this Tesseract training test.. 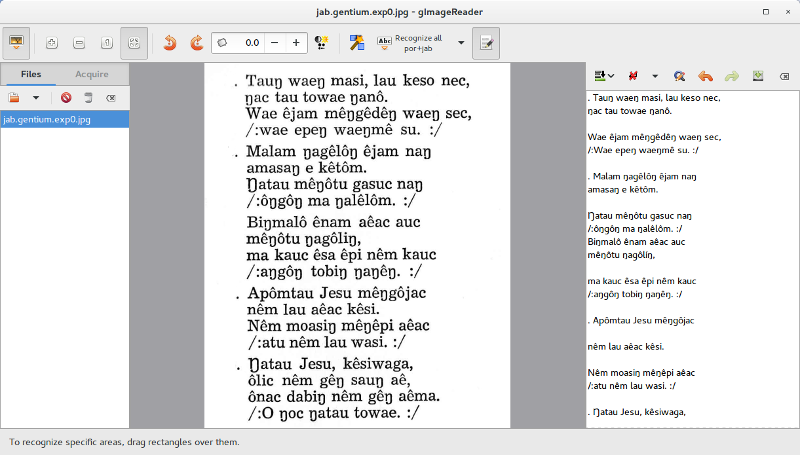 The following table outlines the steps I used to train Tesseract (on Ubuntu) using a single image / font to generate training data. See the Tesseract wiki for the full details on training Tesseract.

Linux command (each typed on single line, except for “mv” which are separate)

Create base training file from image and box files - If errors show, go back to previous step

Extract list of utf characters in the training sample 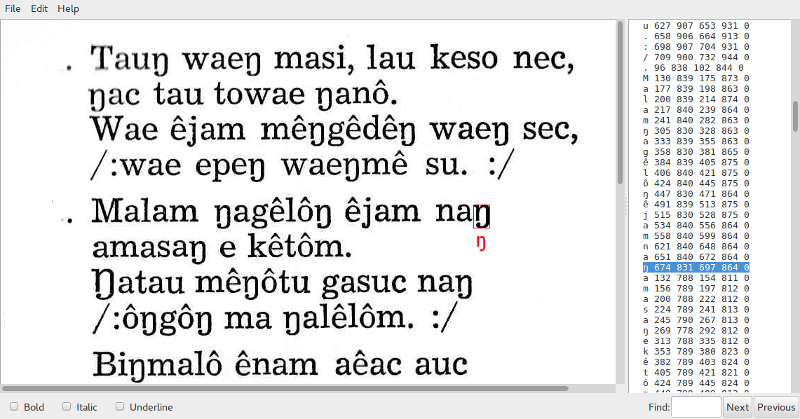