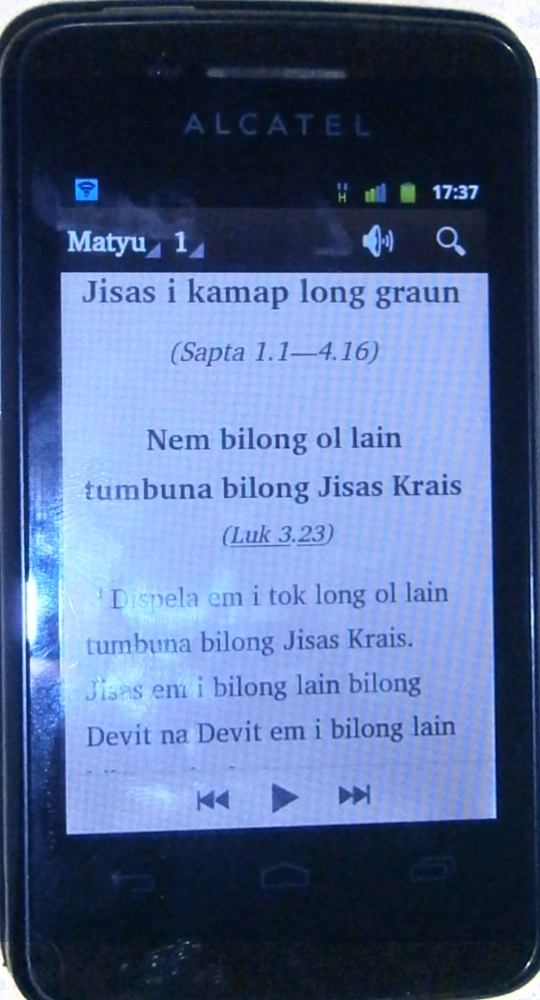 An Android App is now available for Buk Baibel in PNG Tok Pisin. This App was developed for ELCPNG and incorporates the Tok Pisin Bible (Green book) from the PNG Bible Society and PNG Bible Translators Association via the PNG Scriptures repository, with supporting resources from ELCPNG,   Faith Comes By Hearing, and  Smith Bible Atlas. The program to build the App has been developed by SIL.

Download (9.54mb) is temporarily available on this site. ELCPNG will be advising permanent download site in near future. New Testament audio can be downloaded from Faith Comes By Hearing (900mb). Contact us or ELCPNG Communications Centre for local copying of audio for stories and songs. Audio NT also available for local copying. 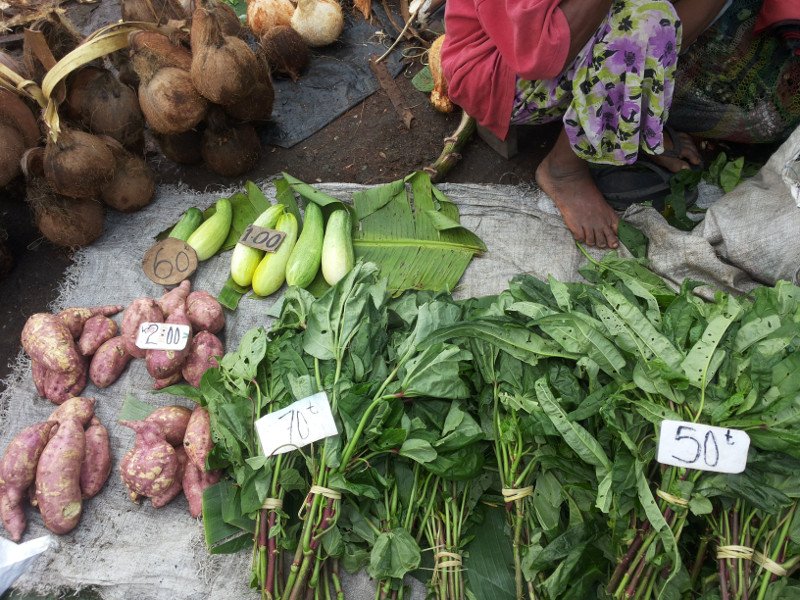 The fresh produce market demands quality and will make or break a supplier on what they can deliver.  PNG growers produce quality vegetables, but, sadly,  also have quite a share of more mediocre product.. How well the produce is regarded depends very much on who you are talking to, their perceptions, and especially what their experience is with higher quality produce.  These qualitative assessments make it quite hard to get an accurate picture and get any messages for improvement back down the line.

Fresh produce quality standards for many types of produce are well documented by several agricultural, health and trade organisations, see UNECE , CODEX, and USDA . Largely though, these stop short of linking the standards to practical measures needed to achieve the standards.

A set of quality standards backed by the methodologies to deliver on these will guide suppliers in growing, not only their produce but also their market share and profits. So...how should this work?

Are we asking the right questions? Organisations are busy creating cooperatives, marketing systems, infrastructure, value chain systems .... but... many questions can be asked .

To what extent are these 'projects' addressing the relevant issues?

What worked in the past ? why?  who were the players?

What levels of support have worked previously and are anticipated as necessary?

What are the assumptions?  How do we measure success?

So ... we have a value chain analysis and set up a project to deliver on the model .... but how to make it work ... we could go on and on

Lets start at the beginning and try and make sense of an approach .... 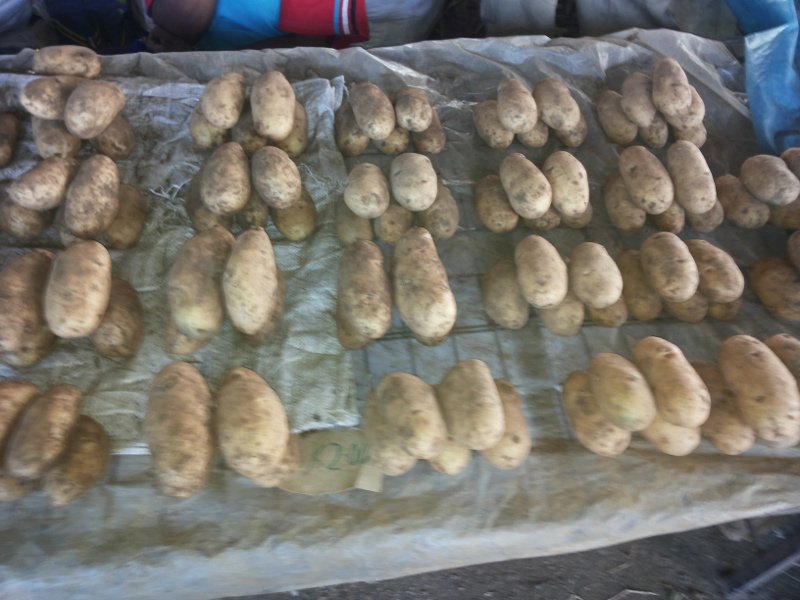 PLB Resistant clone
When we talk to farmers growing food in PNG, many will tell us they can grow produce, but "maket we?" or translated, "where is the market?". This is a genuine concern, compounded particularly by remoteness, competition from imports,  transport difficulties, poor infrastructure, and a rapidly changing supply and demand situation for many higher value food products. Farmers, technical advisers, and policy makers can make a difference with analysis and a positive approach.

So... what can farmers and other stakeholders do to improve their situation?  .... that is the challenge which can be addressed with some innovative thinking and action ...

Staple foods including sweet potato, taro, banana, cassava, yam, sago, rice, and wheat based foods make up the largest market component of the food sector. Currently a significant proportion of these are imported in the form of rice and wheat based products. While the subsistence consumption and informal marketing of the traditional staples is substantial, there is scope for major inroads into the market share of the imported alternatives.

How significant is the market share taken by imports? The stated 2013 production of 200,000 tonnes of rice, almost all imported,  by one of the major PNG importer / processors would have a retail value of around K600-700 million. This is significant by any standard. When we add in the value from other rice importers and wheat and other grain products for both human and livestock feed, it certainly shows a picture of "what could be" for PNG farmers. There is a whole scenario here which can be quite easily modelled to show the benefits and flow-on effects.

There is no need to ban imports but rather, look at why traditional foods have such a small market share ... plan... and set some targets .. the important fact is that there is a huge market for PNG farmers.... food for thought?